Selling on established marketplaces like Amazon allows your brand to reach a greater audience. However, you’d still want to have an online store where potential customers can have full and easy access to all your products.

That said, there are a handful of ecommerce platforms out there that allow would-be entrepreneurs to create their own website. However, BigCommerce and Shopify are the two that have always been popular among online sellers.  They are also the easiest to set up and use, something any new seller would be thankful for.

You’ve just started selling your products and want to hop onto an ecommerce platform. Which one should you go for?

Each has its pros and cons, which we’ll dive into later. But first…some quick background info.

Let’s start by an overview of both of these ecommerce providers.

BigCommerce was founded by Australians Eddie Machaalani and Mitchell Harper in 2009. It initially branded itself as a hosted shopping cart but has since transitioned to “a highly-extensible SaaS solution”. Today, the company is headquartered in Austin, Texas, employs about 500 people, and boasts $17 billion in merchant sales.

BigCommerce has been targeting established businesses who wish to solidify their presence online. It’s launched an Enterprise option for the big brands and is teaming up with companies that can help boost recurring business for its customers.

Shopify was early to the party. In 2004, Tobias Lütke, Daniel Weinand, and Scott Lake were launching an online store that sold snowboarding equipment. Dissatisfied with the ecommerce tools available in the market, the trio decided to create their own. Two years later, they came up with Shopify.

At its annual Unite conference, the Ontario-based company announced that it now supports 820,000 active stores. Statistics show that 87% of merchants use the Shopify App Store, installing 6 apps on average. Its App Store has generated over $100 million in revenue.

The company has been expanding its product offerings and is diversifying into other areas of ecommerce. More recently, it expanded beyond its roots as an ecommerce platform by coming up with its own fulfillment network.

BigCommerce and Shopify have almost identical pricing for its basic plans. Shopify Basic is available for $29 while BigCommerce Standard is priced at $29.95.

Below is a table that shows what new sellers can get for each platform’s 29-dollar basic plan.

It’s worth pointing out though that the new sellers can start cheaper with Shopify Lite. At $9 a month, you get a “buy button” for every product you create on your Shopify panel. This can then be added on any website or on social media.

Most EcomCrew fans would know that we’re partial to Shopify. But, it’s worth mentioning that the merits of both have been equally recognized on both the blog and podcast.

In episode 43, Mike and Grant Chen, who use to help run EcomCrew, drilled down into what each platform has to offer and what their respective strengths were.

Grant also wrote an extensive blog post on this. When comparing both platforms, he had this to say.

“Before I signed up with BigCommerce, I played with both systems to really try to gain an understanding of how each worked. The simplest explanation I can give is that Shopify is like a Mac and BigCommerce is like a PC. Shopify is initially aimed at non-tech savvy users and tries to minimize the amount of buttons, widgets and gadgets available. BigCommerce, on the other hand, has a plethora of tools, customization options, settings and out of the box functionality.”

That comparison does hit the mark. BigCommerce allows extensive customization because its apps and themes come with bells and whistles that more advanced users will appreciate. Meanwhile, Shopify makes the convenience of the user a priority.

In the previous section, I talked about how pricing for a basic plan was identical on both BigCommerce and Shopify. Now, let’s get to the specific features.

Surprise…surprise. They too offer just about the same of everything a new seller might expect from an ecommerce platform.

Both platforms boast of having hundreds of apps for merchants to use as they see fit. However, statistics indicate that Shopify offers more variety. To date, it has a total of 2525 apps while BigCommerce only has 651 on its app store.

Here’s a side-by-side comparison of the app count on both platforms for categories that new sellers are likely to tap into.

As evidenced by the chart below, Shopify has more app options to offer new sellers on its platform.

Both BigCommerce and Shopify also have a wide selection of professional-looking themes that can be adopted by new sellers to fit the desired brand aesthetic.

With no reliable numbers available on just how many themes they are on each of these platforms, we’ve analyzed their respective Themes pages to determine volume.

At a glance, both platforms appear to have hundreds of themes; plenty of options for the new ecommerce entrepreneur to choose from. However, it’s worth noting that these themes come with a number of variations or styles. Both platforms are similar in that they have somewhere between 2-4 styles per theme.

Refer to the samples below.

With that, here are the stats for unique themes on each platform.

Shopify is the clear winner here with twice as many themes as BigCommerce. It has a total of 72 unique themes while BigCommerce has 39. Refer to the table below for distribution between free and paid themes.

When it comes to industries, BigCommerce offers a bit more variety than Shopify, with themes that can be used for niches like Animals & Pets and Books & Entertainment.

See the table below for the theme count that can be used for a given industry or niche.

The chart below illustrates how distributed the themes are across industries. However, it’s worth mentioning that many of the themes on both BigCommerce and Shopify are classified under more than one industry.

Both BigCommerce and Shopify appear to have an easy-to-navigate user interface. As you can see in the screenshots below, the homepage on their respective websites have a similar layout. The logo and header are to the left while images are on the right. A ‘free trial’ button is also featured prominently on both websites.

If you know how to code or run a business with hundreds of SKUs that could also have hundreds of variations each, then BigCommerce could be your best bet. On the other hand, if you sell products that are fairly straightforward with relatively few SKUs, then Shopify is the way to go. 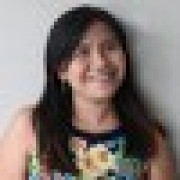