This post is part of How to Run a Chop Shop, a real life blog series on attempting to turn around a struggling ecommerce store purchased in Feb of 2015 into a profitable online business in 365 days.

For our regular readers, it might turn into a running joke that the “Day X” designations are not so much literal as they are virtual milestones. My last post detailing the soft launch of ChoppingBlocks.com on Shopify was two and a half months ago. I spent about 3 months of my time and poured a lot of resources into migrating from Miva Merchant to Shopify in order to have a cutting edge ecommerce platform that could keep up with the times.

So how did the soft launch do? My conversions sank like a fucking rock.

So, the story again is that ChoppingBlocks.com was on Miva Merchant and was built around a custom site that looked better than average, but I realized it was going to be a chore to upkeep moving forward. I took a few months to migrate to Shopify on my own, relaunched the site with all new product descriptions, updated pricing, better photos and a more-or-less out of the box Shopify theme (Supply, if anyone was wondering). Part of me hoped that the newfangled platform would be able to make up for the visual deficiencies, but apparently they could not.

Long story short, I was at an industry average 1.9% conversion rate with the older site (which honestly was pretty good due to the high volume goods), but it dropped to below 0.20% with the new launch and my order values also took a major hit. This honestly took me a little by surprise, because my metrics all seemed within the same ballpark from the old site to the new. I was a little disappointed I didn't get a big lift in pages per visit or time on site, but frankly it would have been too much to ask for a mostly out-of-the-box Shopify theme to really shine.

Here's the segmented traffic from Q1/15:

With two months of data collection from the soft launch under my belt, I knew that I needed to fix the site to bring my conversions back up and that this needed to be a top priority. On the Shopify forums, I often see the question, “Why am I not converting any traffic?” or “I have visitors but no one is buying anything!”.

The answer is usually a combination of your site sucks or your traffic sucks.

I've been A/B testing for the better part of the decade, which is why I'm all sorts of crazy about making data based decisions. Back in the poker days, when I was a major affiliate, I had up to 20 tests going at any one time. I can tell you for example that if I used a gimmicky campaign of girls in bikinis in my banners, that I would achieve fantastic click-through rates, but the conversions would be luke warm at best. On the other hand, if I used a review based ad (“8 out of 10 players recommend this site”) then the click through would be awful, but my conversions and LTV were much, much higher. Even back then, other affiliates would groan on about poor player values and what not, but I always knew what they were doing wrong on the marketing and trapping side.

With ecommerce, the same concept certainly applies, which is why I segment out all of my traffic into the core components. If I use a blended view of all of my traffic, then everything just becomes lost in the noise. Maybe my mobile traffic is horrific, but my organic is great, but it all looks mediocre so I don't know to fix my mobile site.

Using real data, you can see that my organic traffic actually has a slight lift, but my paid drops substantially. That said, I only start paying for traffic at the end of my soft launch to gather some data on the theory that my site conversions are just not good. And lo and behold, it turns out that it's true. So it's not a traffic problem.

So how do I increase conversions?

Knowing how to close a sale online is equal parts science and art. The main hurdle is how to get customers to trust you. Trust is a very interesting concept that is covered in just about every sales book that you'll read and is a fundamental part of human interaction. Without trust, there's nothing.

The problem with running a small to mid-ecommerce site that it's hard to build trust. Many store owners fall prey to the assumption that simply getting online with a store is good enough. Or maybe they have a cool mobile version of their site and now it's good enough. That's hardly the case.

Unless you are selling under $20 items or private branded items under your own label, then trust is always a fight. When I say private branded by the way, I mean things like your own line of t-shirts, your own brand of shoes or your own personal grooming line of products. At that point, I trust that you've actually made your product and aren't running a scam website – I just don't know if your product is good or not. Since ChoppingBlocks.com doesn't have it's own branded products, I need to make it known to my customers that I'm legitimate operation.

An out of the box theme even with some modifications isn't prime time ready. I'm not peddling t-shirts, jewelry or other art / fashion / design products that essentially sell themselves. While I'm a big Shopify fan, most store owners that are selling commodity or items of utility are in for a world of hurt if they think an everyday Shopify theme will suit their needs. Repeat after me, Shopify themes are not good conversion performers for these categories.

Nothing really special as you can see. My proof is in the pudding with the low conversions.

So, here's the to-do list that I came up with to get my conversions up.

Last but not least, I need to create a story or narrative with my site design. This is the hardest lesson of them all but the most important. A good website has an ongoing theme or passive story that it is pitching you the whole time. If I go to Tiffanys.com, their website speaks to me in the same way their offline branding does; sleek, luxurious, white space and exclusive. Or if I go to Zappos.com, it takes a little bit longer to understand their story, but I realize that there is an immense amount of social proof with customer reviews, sizing surveys, available help (phone number and live chat directly on the top nav bar). With Zappos, I feel the security of the herd and know I'll be taken care of just by visiting the website. That's how powerful the design and information is.

Screenshot of Zappos review area below:

As a spoiler, much of my to-do list has already been done, but I will be posting the steps I took on how to get it done on the following Day X writeups. The good news is that this holiday season will be a first for me as well for ChoppingBlocks.com, so I'll see how well my conversion ideas worked out just as you will when everything is said and done with. Hopefully these fixes will help, but you'll know as soon as I do. 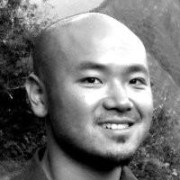 The Overhyped Myth of Remarketing and Inflated Numbers