Most ecommerce entrepreneurs make their debut in the industry as start ups who ordered their products in China, had them shipped over and started selling them on Amazon.

But not for Jaryd.

Jaryd Krause's story and how he made his way into ecommerce was an interesting one. He started off his own online business as an entrepreneur, but realised that juggling so many things at one time maybe wasn't the best idea. With a blog and a home-based business on his hands, the online business suffered and ultimately failed within the first 12 months.

But Jaryd didn't let this failure stop him. He came across a statistic that said 90% of all start-ups fail and so, he got an idea. Instead of building up his own business, why not buy a business that has succeeded through its first 12 months, and one that's established itself well enough in the industry? That's exactly what he did.

A few years later, Jaryd is juggling 3 online brands in his hands while also teaching people how to successfully replace their income by buying a business for their own. He's here today to share that experience.

Want to access our Secret Sauce video classes but you’re not a Premium member?

No problem! We’re opening access to 10 of our most popular Secret Sauce videos for just $99. We want you to see one of the best EcomCrew Premium perks without paying the Premium price.

Thanks for listening to this episode!

Until the next one,
Happy Selling and stay safe out there. 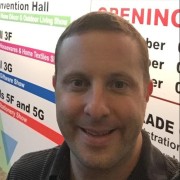 Michael started his first business when he was 18 and is a serial entrepreneur. He got his start in the online world way back in 2004 as an affiliate marketer. From there he grew as an SEO expert and has transitioned into ecommerce, running several sites that bring in a total of 7-figures of revenue each year.

E487: Back to Basics – EcomCrew’s Unofficial Guide to Amazon Terms of Service

E484: The Biggest Struggles of Entrepreneurship with Don Henig of AccrueMe